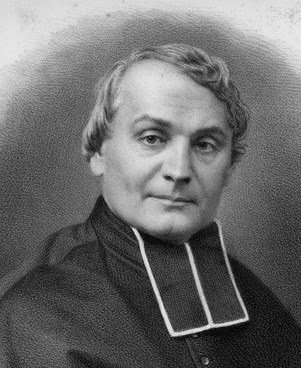 Alphonse Gratry was a contemporary and friend of Frederic Le Play at the Ecole Polytechnique.

He went on to become director of Stanislas College in Paris, where he recruited Frederic Ozanam, the founder of the Society of St Vincent de Paul, as one of his teachers.

Later Gratry became chaplain to the Ecole Normale Supérieure, an elite specialised university for training future professors. While there, he began to write his major works in the fields of theology and philosophy.

Together with another priest, Fr Pététot, he re-launched the Oratorian Fathers in France almost at the same time as John Henry Newman was doing the same in England.

As a philosopher, he developed a significant theory of induction that can also be seen as a source of the See Judge Act method.

It is necessary to read the signs of the times, Gratry argued, in a three step process leading to action:

Julian Marias, History of Philosophy, The Return to Metaphysics, 2. Gratry