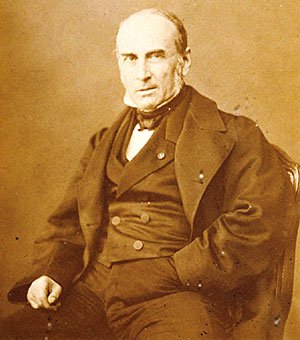 Born in 1806, Pierre Guillaume Frédéric Le Play studied at the Ecole Polytechnique in Paris, where he became friends with Alphonse Gratry, who also came to play a major in the development of the See Judge Act.

For nearly a quarter of a century Le Play travelled around Europe, collecting a vast amount of material bearing on the social and economic condition of the working classes. In 1855, he published Les Ouvriers Européens, a series of 36 monographs on the budgets of typical families selected from a wide range of industries.

This work was crowned with the Montyon prize conferred by the Académie des Sciences. In 1856, Le Play founded the Société internationale des études pratiques d’économie sociale, which has devoted its energies principally to forwarding social studies on the lines laid down by its founder. The journal of the society, La Réforme Sociale, founded in 1881, was published fortnightly.

Through this research, Le Play developed what became known as his “method of social observation”, a systematic form of enquiry into the realities of life experienced by various population groups.

Frederic Le Play, Directions for the Method of Observation called ‘Family Monographs’ (and suited to the study entitled, ‘European Workers’) (Paris: the Society, 1862)

Instruction in the Observation of Social Facts According to the Le Play Method of Monographs on Families (March 1, 1897) (American Journal of Sociology)